The Diary of a Ginger Hypochondriac

Fear is a Luxury…..but so is insanity

How Not to Aspirate a Pea…..

Whilst minding my own business in work yesterday, generally surfing the

web and sipping at my cold decaf coffee i was told a horrendous piece of information.

A collegue becky told me about the time when she was eating a pea and breathed it into her lung!!!!  To my horror she continued to explain that following this awful pea incident it had indeed got into her lung and she ended up with a serious chest infection.

As i sat panicking , i checked the Internet to ascertain the dangers involved in pea consumption……

In medicine, aspiration is the entry of secretions or foreign material into the trachea and lungs.

The patient may either inhale the material, or it may be blown into the lungs during positive pressure ventilation or CPR. As the right main bronchus is more vertical and of slightly wider lumen than the left, aspirated material is more likely to end up in this branch or one of its subsequent bifurcations.

So, why worry, its just a small green Vegetable lodged in the lung right??

Therefore following this news i feel the need to inform people around the dangers of eating peas and how to avoid such disasters….

These are as follows:

THUS THWARTING ANY DANGER OF PEA ASPIRATION AND SUBSEQUENT DEATH……

Thank you for your time, please click on the following link if you don’t believe me: HOW NOT TO BE KILLED BY A PEA

Shoot me with the Magic Bullet….

A cheap pill containing a cocktail of potentially life-saving drugs could halve rates of heart attacks and strokes, a major trial has found….

Hallelujah…..I’m saved……for the cost of 50p a day i could prevent any major illness and therefore live to a hundred.

“It’s a ‘proof of concept’ study that shows the five ingredients do what they should – ie reduce blood pressure, cholesterol and so on”

Its a miracle…sign me up now and give it to me….Among my many pills and vitamins i consume daily i think this pill will be the most easy to swallow….i have already contacted my GP to obtain further information into this life saving little smartie…

However,after reading further down the page i discover that there are many more trials to be done and may not be released for some 5 years……

I am Devastated…how can they possibly justify holding back….how dare they, don’t they realise that there are people who need this now, me more than anyone…I’m at deaths door….

I have now written a letter to my Local MP complaining of the situation and how they are risking my life….50p a day i tell you……..

Not a good day…..i resume my search……

I woke this morning normally:

Whilst enjoying my cup of hot tea in front of the news and perusing the morning tabloids i read the headline: “Piping Hot Tea Can Give You Cancer”……….

After dropping my tea and giving myself  Third degree burns i composed myself..reading further i discover…..

“Researchers found drinking tea with a temperature above 70C increased the risk of oesophageal cancer eight-fold. But if you let your cuppa cool for five minutes it should be safe to drink, experts have said”

So following this devastating news and one more blow to my sanity…i find myself  surfing the Internet for any reported fatalities of tea drinking, i also booked  in for another GP appointment to have my mouth and throat inspected, and i have decided to invest in a thermometer (digital).

I have now switched to coffee on a permenent basis……decaf coffee…..definatly decaf coffee….decaf coffee due to palpitations and twitching…..

I have spent the last few days trying no to touch the small infected creature i live with who currently has chicken pox…however i find myself with a preoccupation this morning with the possibility that i have “restless leg syndrome”.

The last few days in bed i have been unable to control my legs moving,i try to relax them but they dont and keep moving,they feel like jelly legs,legs that have decided to play tricks on me, i cannot keep them still….

“Restless legs syndrome(RLS, Wittmaack-Ekbom’s syndrome, or sometimes, but inaccurately, referred to as Nocturnal myoclonus) is a condition that is characterized by an irresistible urge to move one’s body to stop uncomfortable or odd sensations. It most commonly affects the legs, but can also affect the arms or torso. Moving the affected body part modulates the sensations, providing temporary relief. RLS causes a sensation in the legs or arms that can most closely be compared to a burning, itching, or tickling sensation in the muscles.”

i don’t feel so bad, its only RLS, however it wasn’t until i scrolled down the page..like a typical hypo…that i find the Possible causes and risks…..

here is where the room went in circles and i began a full blown panic attack…..

After the following actions:

I managed to avert any further incidents.

However, i am now convinced that my restless leg syndrome is secondary to some underlying disease in which i have yet to be diagnosed……dam you Wikipedia……………… 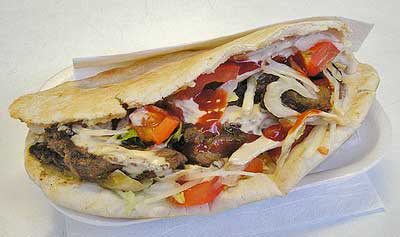 Bad News: My left eye has been incessantly and wildly twitching!

I looked up “eye twitch” online, and I’m apparently suffering from Epilepsy and mild seizures – (good old WebMD). But, I’m trying to be rational, so, I’m dismissing that suggestion and attributing it to something more realistic. I’ve determined that the twitch is being caused by a reckless weekend, that involved too much:

which resulted in severe damage to the nerve pathways in my brain that control this damn eye!

This is not good, I’ll keep you posted…

For Emergency Use Only

It has just come to my attention, through randomly imagining myself choking to death, that neither I, or more importantly Marc, know how to perform the Heimlich Maneuver.

Sure, it seems simple enough, I’ve watched it done in a million movies; but in the event that it’s my life on the line, I’d like to make sure I’m getting the actual Heimlich Maneuver and not the movie version.

Hence, the link to The Heimlich Institute for proper instructions and easy access during an unexpected choking fiasco. 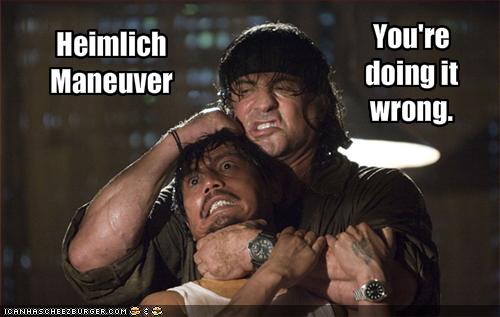 *Please note that the Heimlich Maneuver is a registered trademark of The Heimlich Institute, which you must contact for permission of use, prior to performing said technique

I was woken this morning to find my child with an Outbreak of chicken pox.First i had to find out what the Bio-safety level was it an Ebola outbreak i was dealing with, after ruling out a level 3+4 event…….

i approached this small infected spotted creature,several thoughts entered my mind,these were:

These thoughts rapidly replaced any sympathy thoughts i had as a mother with a sick child…mummy i need a cuddle…aaaaaahhhhh……what do i do?

Following a consultation at http://en.wikipedia.org/wiki/Chickenpox  and http://www.cdc.gov/   i found out the following:

Chickenpox is a highly infectious disease that spreads from person to person by direct contact or by air from an infected person’s coughing or sneezing. Touching the fluid from a chickenpox blister can also spread the disease. A person with chickenpox is infectious from one to five days before the rash appears.

Infection in otherwise healthy adults tends to be more severe and active; treatment with antiviral drugs (e.g. aciclovir) is generally advised, as long as it is started within 24-48 hours from rash onset.Patients of any age with “depressed immune systems” or extensive eczema are at risk of more severe disease and should also be treated with antiviral medication.

In England and Wales, 75% of deaths due to chickenpox are in adults. Inflammation of the brain, or encephalitis, can occur in immunocompromised individuals…………..

Having freaked out to the point where i decided i am immunocompromised, i refused to cuddle or kiss this infection riddled carrier  i decided to take the following precautions:

Following this i may have prevented the following Outbreaks:

I never really noticed it before, but my house is almost directly under the flight path for incoming and outgoing planes of the nearby Cardiff international airport. I’ve lived under this flight path for two years and the planes have never bothered me, I never really noticed them; until a couple a weeks ago.
Every morning, at about 6:00 a.m.—thirty minutes before my scheduled 6:30 a.m. wake up—I’m jolted from my state of comatose by what feels like a thirty ton meteor crashing into my house.
Everyday, as sure as shit, I find myself vaulting out of bed in sheer survival mode, as the sound barrier is broken above my house. Some days I know that earth-shattering sound for what it is: a plane crashing into my bedroom. Other mornings it’s a bomb, alien invasion or terrorists.
And, so my morning started today: in a state of pure panic, and that panic has somehow followed me into this evening. Mid-afternoon I developed a severe case of pneumonia and I hold that damn plane responsible.
For help in any major disasters please visit:
http://www.preparingforemergencies.gov.uk/ 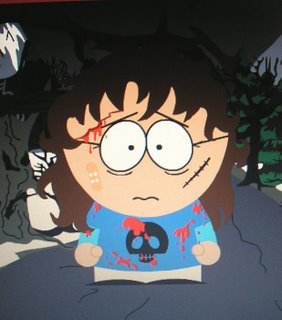 I’ve always heard that you’re more likely to die from getting struck by lightning, than you are from a plane crash. Well, that’s not what the National Safety Council says! According to the NSC, the lifetime odds look more like this:
Lightning — 1 in 79,746
Air/space transport accidents — 1 in 5,051 And, who knew that you’re just as likely to die as a passenger in a car crash, as you are from falling down, or shooting yourself on purpose:

Accidental suffocation/strangulation in bed — 1 in 7,541
Contact with hot tap water — 1 in 144,156
Bitten/stung by non-venomous insect/arthropods — 1 in 312,339
Drowning/submersion while in or falling into bathtub — 1 in 11,289
Bitten or crushed by reptile — N/A
The odds by accidental suffocation/strangulation in bed are pretty high! Which makes me very suspicious, and paranoid. I guess there’s more wisdom in the old saying “don’t go to bed angry,” than I previously thought. And I’m still trying to figure out how you die from contact with hot tap water.

On the bright side, at least we don’t have to worry about getting crushed by reptiles